In this text you can find the history and some interesting facts about the IT-brand Wix from Israel.

Wix is an international cloud service that is one of the most popular website and online stores builders on the market. In addition to creating Internet resources, the service provides a domain registration service. Users, simply by dragging and dropping blocks in a convenient visual editor, can create a website and its mobile version.

In the future, the functionality of the created site can be expanded using applications from Wix or other companies. For example, you can connect social media and messenger plugins, various tools for automating online trading, set up email newsletters, create a blog, etc. to your online store.

Wix offers its users different tariff plans, including free, but even on it it will be possible to create a high-quality website and develop it into a full-fledged online store.

History of the Wix brand

The Wix brand appeared on the market in 2006. The company was founded by Abrami Avishai, Abrahami Nadav and Giora Kaplan. The main idea is the Internet for everyone, so that any person can freely express themselves, develop and interact with others.

The main office of the company is located in Israel in Tel Aviv. As it developed, offices were opened in various cities around the world: in San Francisco, Beersheba, New York, Sao Paulo, Miami, Kyiv, Dnipro, Vilnius.

The creators of the company sought to present their ideas and developments to the world as soon as possible, and a year later, in 2007, a beta version of the service based on Adobe Flash was released to the market. In 2008, the company's staff increased to 30 people, everyone worked hard to improve the functionality of the product. The service was gaining wide popularity and the first million users were not long in coming, it happened in 2009, and already in 2010 their number was 3.5 million. In the same year, the service was translated into 10 languages. The developers, realizing the value and popularity of their product, tried to expand and simplify its functionality as much as possible so that any person who does not understand programming could create their own website. 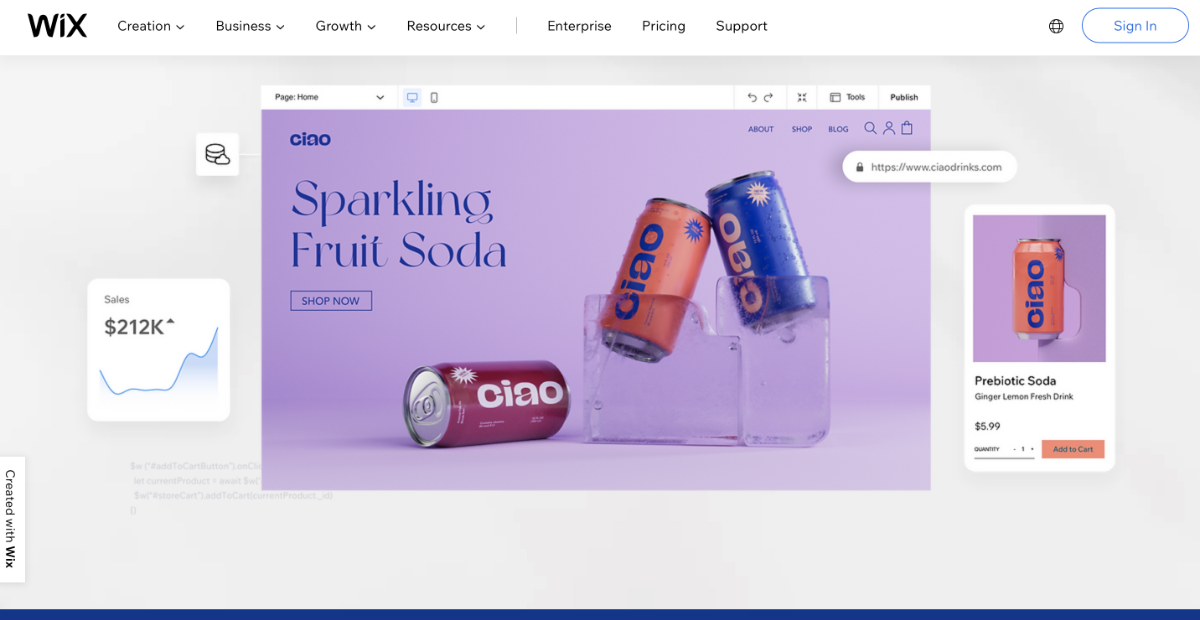 Only three years have passed since the launch of the first version, and in 2011 the number of users reached 10 million. The company has officially become one of the largest website creation services. In the same year, the company's shares brought $40 million and its total income was $60 million.

2012 was a big test for the entire online industry, including Wix – the HTML5 editor appeared, which changed the "rules of the game" and began to rapidly replace Adobe Flash. Wix was almost the only company that offered users to create sites both on Flash and on the new editor. For a smoother transition, Flash was not immediately abandoned, all sites created on it were supported, but new users were already directed to the HTML5 editor, which was many times more efficient than the previous one in terms of functionality.

At the end of 2012, the platform provided users with its own store with customizable Wix App Market applications. They are easily integrated with sites created on this website builder and allow you to add functionality based on your needs.

2013 was no less productive: the company's shares began to be sold on the NASDAQ, which brought the company $127 million. At the end of the same year, Wix completely switched to HTML5.

In subsequent years, the company successfully developed and improved its product. The number of its users along with income grew exponentially. To date, the Wix team consists of more than 500 people, and the number of users exceeds 200 million. In addition to the main product, the company additionally launched services such as Wix Music, Velo from Wix, Ascend from Wix, Editor X.