In this material we will tell you about the history of the emergence and about the present of Aliexpress brand from China.

The platform has several distinctive features:

The main goals pursued by the owners of the site were two: to create optimal conditions that will allow small and medium-sized businesses to conduct effective trade, as well as to satisfy the need of buyers for various goods that can be purchased in one place.

The first version of the site appeared in 2009, and already in 2014, Aliexpress became one of the largest trading and recognizable platforms in the world.

The history of the emergence of Alibaba began with a series of failures of its founder, Jack Ma (Ma Yun). He tried twice to get into a prestigious college, but failed. As a result, after studying to be a teacher at an institute in Hangzhou, he stayed to work there, receiving a salary of $12 a month. In 1995, Ma Yun wanted to improve his English and went to the USA. In Seattle, he got a job as a translator in a trading company. It was then that he learned what the Internet was.

The first site that was created with the money he borrowed was called the China Yellow Pages. So Ma showed his friends that the Internet exists, even though only half a page of the site was loaded in 3 hours.

In 1999, Jack Ma went to America in search of investors, but the trip was not successful. Ma returned home and decided to seek help from his friends. He gathered the people closest to him - 18 people - and for two hours he told them his business plan. Friends were imbued with the idea, chipped in money, and as a result, the amount of $ 60 thousand was obtained. It was with this amount that the formation of Alibaba Group began. The name carried a certain meaning - the main words from the famous fairy tale "Open Sesame!", which became a symbol of the fact that the doors will open, behind which the treasures of China are hidden.

In the early years of the company's existence, its office was at Ma's house. Jack and his friends weighed every penny and thoroughly thought out each step, taking into account the available penny capital. At the beginning of 2000, things began to improve for the company: Alibaba Group received $ 25 million in the form of investments.

In 2002, the company underwent fundamental changes - a special system was developed that allowed Chinese entrepreneurs not only to trade in the domestic market, but also to find customers in the United States and send goods to them. 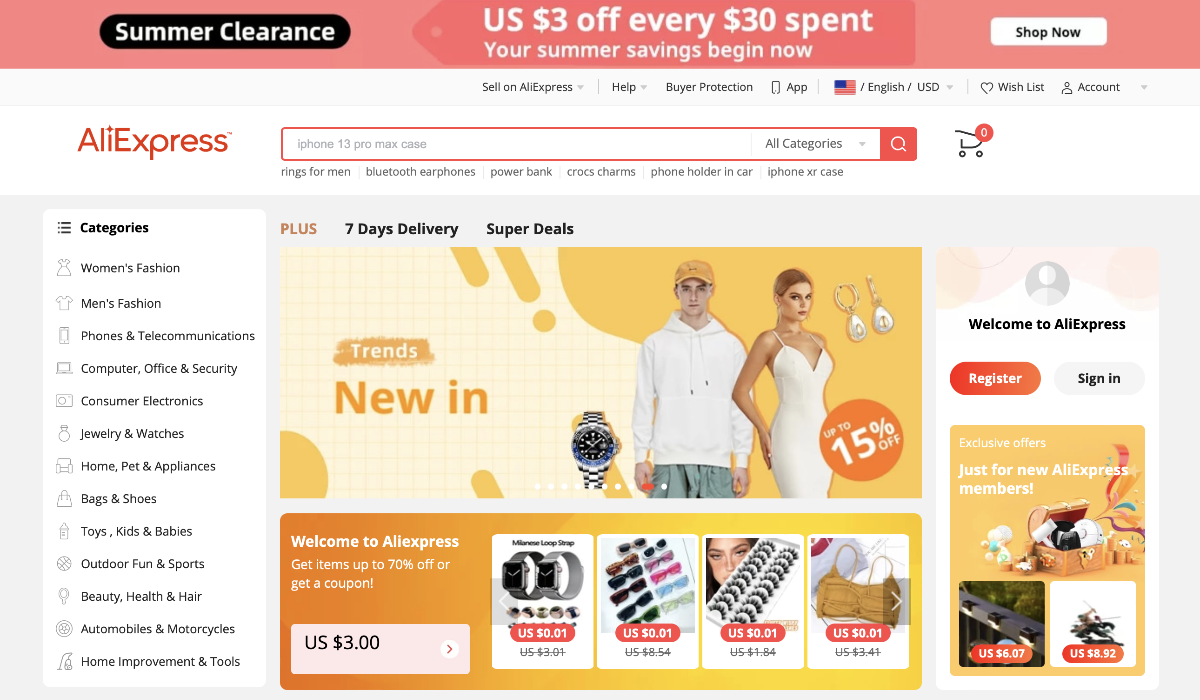 In 2010, Alibaba Group launched a new platform that worked with small wholesale - Aliexpress. The service rapidly gained its popularity and in a couple of years more than 700 thousand accounts were already registered there.

Initially, the service was supposed to become a platform for the wholesale trade of goods in the Chinese market, but due to the rapid growth in popularity, its focus was changed and expanded. After mastering the Chinese market and partly the world market, AliExpress appeared in the CIS countries.

In 2013, the platform set a world record among similar platforms - 100 million yuan. The Chinese government has promoted the development of online commerce in every possible way, introducing various development programs, simplifying the customs clearance of parcels, and much more. In the same year, AliExpress launched an anti-counterfeiting program.

In 2015, the company entered the Indonesian market and celebrated its 5th anniversary. In the same year, the marketplace received a new logo and slogan: "Buy smarter, live more cheerfully." In 2019, Aliexpress set a new sales record on Black Friday — $1 billion worth of goods were sold in 68 seconds.

Today, trade and delivery of goods is carried out in more than 200 countries. The total number of employees working in the company today is 40 thousand people.

Some interesting facts about AliExpress

Jack Ma is in the TOP 30 richest people in the world. Today, his fortune is about $ 47.8 billion. He is no longer the head of the company, but is on the board of directors.